Let me quote a few lines from CNet.

“These connections aren’t just happening on Facebook, they’re happening all over the Web, and today with the Open Graph we’re bringing all these things together,” Zuckerberg said.

With these bold announcement from the Facebook CEO himself, some questions keep bugging some people on issues involving web search engines such as Google. Will the FACEBOOK OPEN GRAPH can finally topple the dominant Google? What future will it lead SEO practitioners if such thing happens?

I would say Google will still be the dominant force in the World Wide Web. The Google Link Graph technology has a different approach than that of the Facebook Like Graph. The crawling of pages and link graph architecture of tagging, indexing and ranking pages according to relevancy will still hold useful to different type of searchers online. So far, Google is outstanding. No doubt about it.

As for the Facebook Open Graph – with that dub of  “like button” that can added in your website and being evangelized by the Facebook CEO himself as the wave of future in search,  it still needs to be proven.

I am a little skeptical if it will change the search behavior patterns in the next few years although we have already seen the impact of social networks and personalized search results. Certain lines were drawn but not entirely when it comes to the dominance of web search engine results are concerned. The fact that some results “can be liked” by some can be “not-so-likeable” for others. END_OF_DOCUMENT_TOKEN_TO_BE_REPLACED 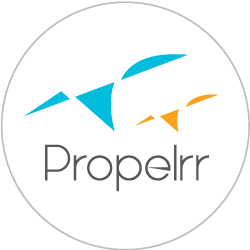